Loaded with antioxidants, fiber, and vitamins, berries are among the healthiest fruits you can consume!

Loaded with antioxidants, fiber, and vitamins, berries are among the healthiest fruits you can consume! 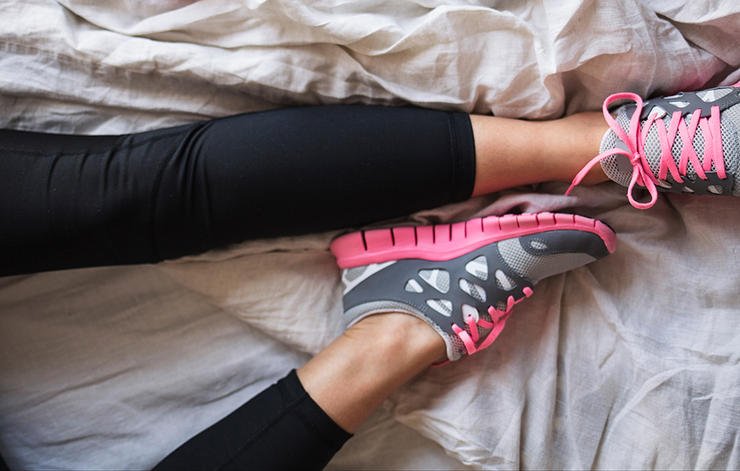 The time has come! The marathon is upon you. You’ve put in all the work, but it’s important to have a nutrition plan for the week leading up to the race. This will not only provide the perfect complement to your taper, but it will also get you to the starting line ready to run your best. Here’s what to eat the week of a marathon.

During most weeks of marathon training, your muscles never have a chance to fully reload with glycogen. Runners and other endurance athletes simply need to back off on training for a few days, and the muscle enzymes responsible for restocking glycogen will gradually begin to store more carbohydrate, helping build up your energy reserves for race day. Make sure you’re consuming at least 3 grams of carbohydrate per pound of body weight during this time period to meet your needs, and space that carb intake out throughout the day. For example, a 130-pound runner would need to consume around 390 grams of carbs while a 180-pound runner would aim for 540 grams of carbs. And seriously, don’t run too much. The taper exists for a reason. We know it’s hard to relax prerace, but doing so will set your body up with the proper fuel stores for success.

For reference, 400 grams of carbs might look like: 1 cup of oatmeal loaded up with 1 cup of strawberries, 1 cup of milk or soy milk, and 2 tablespoons of slivered almonds for breakfast. For lunch, 3 soft flour tortilla tacos with filling of your choice plus 1 cup of rice and beans on the side. A snack could be an apple plus 30 small crackers with 2 tablespoons of peanut butter for dipping and a glass of milk or soy milk, and for dinner: 1 cup of pasta topped with your favorite sauce, with a side of garlic bread.

Boosting carbohydrate intake to 3.5 to 4 grams of carbohydrate for every pound of body weight will further increase your glycogen stores. That’s 455 to 520 grams of carbs for a 130-pound runner and 630 to 720 grams of carbs for a 180-pound runner. That said—and this is important—that doesn’t mean loading up on calories with carb-rich foods on top of what you already eat; it means taking in the same amount of calories but getting a larger percentage of those calories from carbohydrates. The key is to back off on fat and protein to help balance your calorie intake and avoid gaining weight. Be aware that for every 1 gram of carbohydrate stored in the body (as glycogen), there is approximately 2 to 3 grams of water retained, so you may see your weight creep up a little, but this is normal water weight. It’s only temporary and nothing to worry about.

Limiting high-fiber foods such as bran cereals, whole grains, and large amounts of fibrous vegetables for the final few days prior to a race has multiple benefits. Research from the Australian Institute of Sport shows that eating a lower fiber diet can help lighten the weight of material in the intestines. This may help you avoid the need for an urgent midrace pit stop that would otherwise add time to your race.

A prerace meal supplies extra carbs to top off glycogen stores, particularly in the liver, which will help steady blood sugar levels during the race. Aim for 0.5 to 1 gram for every pound of body weight (about 65 to 130 grams for a 130-pound runner or 90 to 180 grams for a 180-pound runner)—but only eat the higher range if you have four full hours to digest. Back off on fats and keep protein to about 15 grams or fewer—both nutrients take longer to digest. A study from the University of Minnesota found that for novice marathoners, eating a high-carb prerace meal was an important predictor of finishing times: Runners who ate ample carbs ran faster than those who skimped.